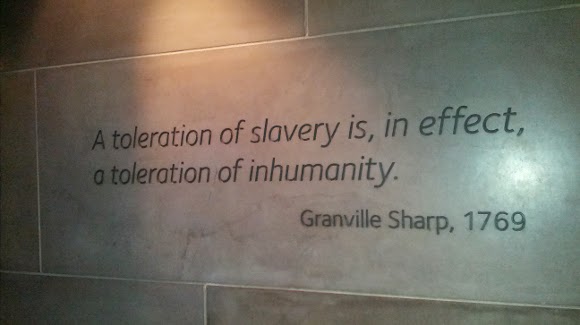 The prevalence of modern slavery has recently been thrown into sharp focus with yet more high profile discoveries that sit alongside the many more invisible ones occurring quietly in the background.


The very exploitative and criminal nature of slavery means that the true scope of the problem is like shifting sand and much of it is down to estimates. There are thought to be 35 million people in slavery worldwide and up to 13,000 in the UK alone based on analysis recently conducted for the UK government. However, for some time, academics have been trying to make the facts behind the statistics more concrete and reliable using various indicators such as that used in the recently published Global Slavery Index.


From the onset the William Wilberforce Monument Fund has focused on educational institutions, as we felt that beyond simply honouring a figure who the people of Hull should rightly be proud of, there is a wealth of learning potential in using historic events to inform today’s society and shape our behaviour in the future.

We have felt that the relevance of the abolitionists’ legacy has value in helping us to remember the horrors of yesteryear and drive us to not accept the presence of slavery today. Lessons from the past help us believe that we can affect change.

It seems that we are not alone in our thinking as last week saw the offer of a series of scholarships at the University of Hull exploring ‘The Role of Education in Supporting the Eradication of Slavery’. It was stated that “the belief behind initiatives dealing with the issue of slavery is that if children and young people are made aware of the history of slavery, along with the continuance of slavery today as a major human rights issue around the world, then new thinking will continually develop in support of anti-slavery movements.” We need this to be true of ourselves and the younger generation because to address the present situation, we need more Wilberforces, Clarksons, Mores and Equianos.

A massive thank you to Waitrose who chose us as one of their charities in November and gifted us with £206 with the help of their customers who voted with their green chips!

Schools and Colleges, please let us know if you are doing events or lessons linked to slavery or freedom and we would be delighted to be the platform for sharing ideas and resources.
We have had some suggestions for recently offered lesson ideas (thank you John Lowson and Vanessa Blunt).


We particularly enjoyed hearing about the lively debate that was the basis for a speaking and listening exercise. During this, apparently a student made the following statement, ‘if Wilberforce could choose where he stood, would he be happier being outside an educational establishment or overlooking shops where goods made by low paid workers were sold?’. It certainly is one interesting and considered observation.

We wish all of our supporters a Merry Christmas!