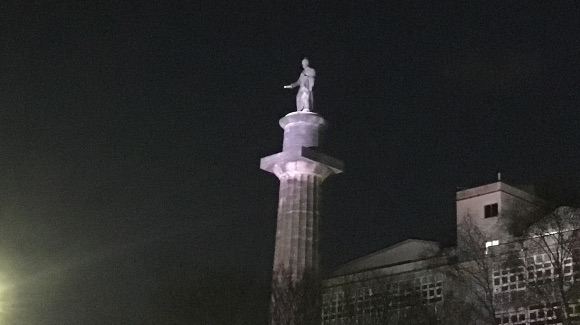 As 2016 rolls into 2017 with all the excitement this year of culture will bring, we would like to take this opportunity to thank you, our supporters, for staying interested and providing your encouragement as we move into the fourth year of the charity.

This year we have held hugely enjoyable fundraising events such as the Wilberforce quiz and the sponsored walk, which raised much-needed funds.

We also launched our sister project, the Heritage Lottery Funded African Stories in Hull and East Yorkshire. The project has quickly become very popular in terms of website visits and Facebook (https://www.facebook.com/africansinyorkshireproject/) and Twitter (https://twitter.com/africansinyorks) interactions.

If you haven’t visited the African Stories project yet please take a look; it presents the stories of people of African descent in this region, taking the Wilberforce timeline of 1750 to 2007. We have already recovered many stories, much to the delight and surprise of a number of people who felt that Black history was most unlikely in this county.

We have also been delighted in the number of people who have been keen to share their own personal history in our Contemporary Voices oral histories, held in conjunction with the James Reckitt Library Trust. We look forward to an exhibition on 25th September 2017 at the Hull History Centre as part of the City of Culture celebrations and at Beverley Treasure House in Spring 2018. 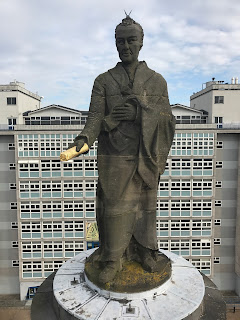 It was apt that on 18th October, Anti-Slavery Day, Hull City Council gave us the good news that planning consent had been permitted for our application to gild the Scroll of Abolition held in William Wilberforce’s right hand on top of the monument. Within the week we had acted on this, and by 24th October, work had begun as we commissioned royal gilders Hare and Humphreys to undertake the work. This took 3 days were the scroll was double gilded in 23.5 carat gold leaf that will last throughout this century and into the next, seeing out the tercentenary of abolition! This continues to create a talking point as more people notice the glint of gold, raising the profile of the efforts of all those involved in the abolition movement and bringing prominence to the most important aspect of the story. (See the scroll gilding featured on Yorkshire-based Estuary TV here.)

Our efforts to draw greater awareness of the Wilberforce story and Hull’s involvement in it started with the idea of lighting the Wilberforce monument. We are continuing to speak to Hull City Council and the 2017 Culture team to make this happen at an appropriate point within the calendar of other events.