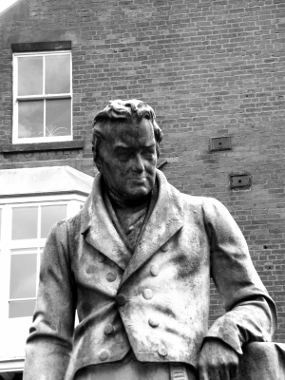 The mini-series 'Roots' by Alex Haley was one of the most evocative pieces of television in the 1970s, introducing generations of viewers to the true horrors of the transatlantic slave trade and its aftermath. It was a truly gripping piece of theatre that brought to life the suffering of thousands of people of African descent. With the issue of modern day slavery so prominent today, with people traffickers exploiting the young and vulnerable, it is perhaps appropriate that the 'Roots' story is being remade; being shown to UK audiences later this year. In doing so it may introduce a contemporary audience to the slavery narrative that is so often forgotten. It is a thread that the William Wilberforce Monument Fund seeks to keep in the public consciousness.

The charity's efforts to raise sufficient funds to light the Wilberforce monument in 2017 have moved a step closer with a successful third annual quiz night held on 20th May at the Cottingham Parks Golf Club. The charity raised over £400 on the night. Thanks must go to Gerry Smyth, Chris Smyth and Andy Marsters who all worked hard to make the evening a success. Many thanks also to Best Western Hotels, The Deep, North Yorkshire Moors Railways and all individuals who donated gifts on the evening.

In addition we have also received generous donations from both Orbis Business Intelligence Ltd and St. John's College, Cambridge towards the fund.

Further to the primary cause of the charity to light the monument, we have a related project under consideration. African Stories in Hull and East Yorkshire seeks to delve into a little known part of Hull and East Yorkshire's history, researching the history of people of African descent in the area from 1750 to 2007. With this project we hope to provide a counter-narrative to the widely held view that there was virtually no presence of such people in the area during that timeframe.

If you'd like to know more, visit www.africansinyorkshireproject.com or email wilberforcemonumentfund@gmail.com.