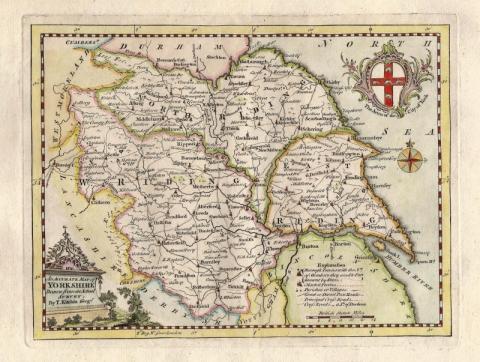 In 1833, slavery was abolished, and with emancipation came compensation. Not, however, for the enslaved who had endured a life of misery and suffering, but rather for the slave owners to the tune of £20m - a staggering amount now, but even more phenomenal then.

A recent exercise undertaken by University College London which attempts to trace the beneficiaries of the government’s decision to compensate slave owners for the loss of their slaves following the Emancipation Act makes very little reference to the city of Hull.

Indeed, the only individual cited as living in the city and linked to the slave trade was a Thomas Holt who was awarded the compensation for eight enslaved people from Falmouth, Jamaica. He inherited the compensation on the death of Elizabeth Kirkpatrick Holt. In the 1851 census he was recorded as an 80-year-old widower born in Jamaica, living at 63 Great Thornton Street, Hull with his 30-year-old daughter Jane who was born in Leeds.

The only other reference to the city comes with Elizabeth Haworth (née Foster), who inherited a share in the Lancaster estate in St Elizabeth, Jamaica, from her father Samuel Warren Foster. According to the 1801 census she was present in Hull for the birth of her daughter.

Relative to other cities more closely associated with the slave trade, these references seem minor by comparison.

If we broaden the exercise to the East Riding, there is a more noticeable entry, that of Stephen Denton who is described as a “returned slave owner awarded the compensation both as owner-in-fee of enslaved people and as trustee on John Hall and Somerset estate, and as mortgagee of the Devon and Green Vale and Norway estates.” All of these were located in Manchester, Jamaica. In total he was awarded in excess of £12,000 for the 637 slaves that he either owned outright or was mortgagee for between 1835 and 1836.

The Dentons went on to become one of the largest landowners in the Beverley area in the 1800’s, acquiring an area that included Hampston Hill Farm and Old Hall Farm, which is located in the Woodmansey area on the outskirts of the town.

There is one other reference to Beverley, Ebenezer Robertson, formerly of Jamaica but latterly of Beverley, East Yorkshire though no reference of slave ownership has been found.

The UCL database has open access and searches can be done by individuals, firms or addresses, so it makes fascinating reading when entering searches on prominent people in political circles.

Thank you to our supporters and guest panellist for our recent Gardener’s Question Time event: horticulturalists Mike Kinnes, John Hickling and Doug Stewart, and florist Jo Pearson (Floral Studio) for an excellent occasion. We raised £250.60 on the evening.

The image is a reproduction of ’An Accurate Map of Yorkshire’ by Thomas Kitchin c. 1786 (ex-Boswell Atlas), seen at www.wellandantiquemaps.co.uk.
Posted by William Wilberforce Monument Fund at 8:52 pm