Reopening the conversation on slavery - 19th May 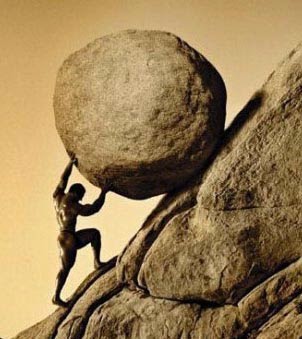 The film 12 Years a Slave has been instrumental in reopening the conversation about slavery, as will the soon to be released Belle, especially as they both have British directors. This attention is welcome as it starts to edge the door open to the taboo subject of slavery, a story never told and wiped from much of the historical recollections when expressing the greatness of the empire and Britain’s industrial progress.

But take a look around, the wealth of the nation and its tangible benefits cannot be seen without the ghosts of slaves and that is what Wilberforce recognised then. This sentiment is acknowledged at Bristol’s Industrial Museum in asking us to remember "the countless African men, women and children whose enslavement brought prosperity to Bristol through the African slave trade" (as referenced in John Oldfield's Chords of Freedom).

It is impossible to register the scale of the task abolitionists were faced with as they fought against a mindset that rationalised slavery on the grounds of economics and religion. There was an emphatic belief by many that non-whites were an inferior race and there was no moral case to answer. It was acceptable to view another human being as property.

A supporter of the campaign recently suggested that the level of resistance to abolition might be likened to a modern day idea that we should stop using the Internet. Imagine the hue and cry, the resistance, the many reasoned arguments to maintain the status quo and the ease in which it fits into people's lives. Is this the mountain Wilberforce had to climb? If so it is no wonder he and his fellow abolitionists took years to dismantle the system. It is no wonder that on the plantations many risked what little they had for liberty.

Both past and present day slavery suffers from the issue of being hidden or unrecognised, with people trying to pretend it never happened.  Slavery is viewed with disbelief, creating the three wise monkey effect of seeing no evil, hearing no evil, speaking no evil. Yet it is happening; the past and present needs to come into the light. We should perhaps be guided even today by the motto on Thomas Clarkson’s memorial that states ‘Remember them that are in bonds’.

These past couple of weeks has seen us gaining support and encouragement from the Royal Greenwich Maritime museum, Wilberforce House and Wilberforce College. We would like to also thank tenfootcity and Hull Daily Mail's Flashback for highlighting our campaign in their publications.

If you would like to join the Wilberforce Walk (see previous blog entry), please contact me via email to register your interest. Please show your generosity by donating or sponsoring us through our Virgin Money Giving page.

We have three events in the near future. Dr Carolyn Conroy, a Fund trustee, will be giving a talk entitled: ‘Homage to the Emancipator’: Hull and the William Wilberforce Monument at Hull College on Monday 12th May. There will also be an additional talk by the assistant curator of Wilberforce House on Thursday 15th May entitled ‘The Man Behind the Campaign’. All are welcome, however if you are an outside guest please email me first so that we can anticipate your attendance.

On Saturday 31st May, some supporters of the Fund are walking the Wilberforce Trail around the Old Town, and then Stages 1 and 2 of the Wilberforce Way from the Monument to Beverley Minster to raise funds for the campaign.

Anyone wanting to help to raise funds can join us. You can:


The start time will be 9.30 am at the Monument in Wilberforce Drive, Hull.

The route of the walk follows the Wilberforce Trail around the Old Town. The Wilberforce Way starts at the Monument, follows the Trans-Pennine Trail towards Stoneferry Road, the River Hull up to Dunswell, crossing Beverley Pastures before eventually reaching Beverley Minster via Hull Road, Beckside and Flemingate.

A detailed route guide is being prepared and anyone interested in joining us please contact wilberforcemonumentfund@gmail.com for further details.

We would ask that anyone joining us commits to raising a minimum of £25 for the Monument Fund.

The above image is by Keith Britton.
Posted by William Wilberforce Monument Fund at 10:54 pm