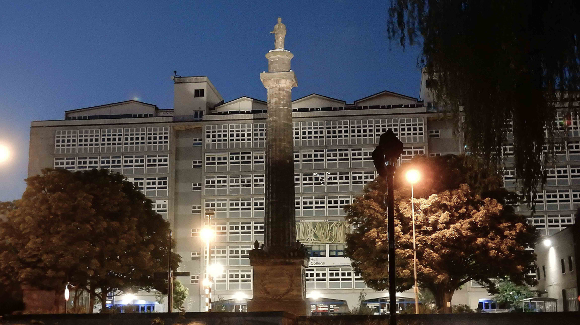 At 10pm in the evening on Wednesday, 22nd July, the sky in Kingston-upon-Hull was not fully dark and the weather was getting chilly, but the conditions were perfect to record the first test lighting of the Wilberforce monument. The above photograph was the culmination of several hours of testing by Nayan Kulkarni, one of the recently appointed artists for the development of the Public Realm for City of Culture 2017.

Hull’s most famous son, illuminated at last! But for one short hour only!

After much frustration but with dogged persistence, the Fund has reached an important milestone on the road to being able to light the monument permanently in time for 2017. The lighting test was a complete success, and our thanks go to Nayan, Andrew Bell, Garry Taylor and the many others who have supported our efforts these past eighteen months.

This will be the first of several tests, and we will post updates and photographs as these tests progress. Our focus now is to secure the funding needed to turn the test into reality and deliver a permanent and tasteful lighting solution in time for January 2017.

The monument has its own special history; it had to compete against the York School for the Blind (closed in 1958) when it was seeking money for it to be erected and again the public played its role in getting it moved. The idea to relocate it to its current position was spoken about as early as 1899, and was brought about after much public objection to the fact that there were too many tramlines nearby with some even attached to the monument itself. One reader felt strongly enough to write to the Hull Daily Mail complaining that the Wilberforce monument was being desecrated, defaced and ridiculed! As we know, in 1935 it was finally moved again with public contributions.

We know that all good things come to those who wait, so from an initial idea of illuminating the monument with gas lights in 1854, it will finally get illuminated in 2017. Quite a wait, but with your help we can make this a reality many generations on. Sadly we have come to a time when lighting it won’t be just in celebration of the deeds of a great philanthropist but it will serve as a reminder to continue his work (and those of the many others) to focus on the scourge of modern day slavery.

History of the monument taken from the book by Dr Carolyn Conroy, Homage to the Emancipator (available in Waterstones Hull, Museum bookshops, Amazon or at Lulu. All proceeds go to the Fund).
Posted by William Wilberforce Monument Fund at 6:16 pm