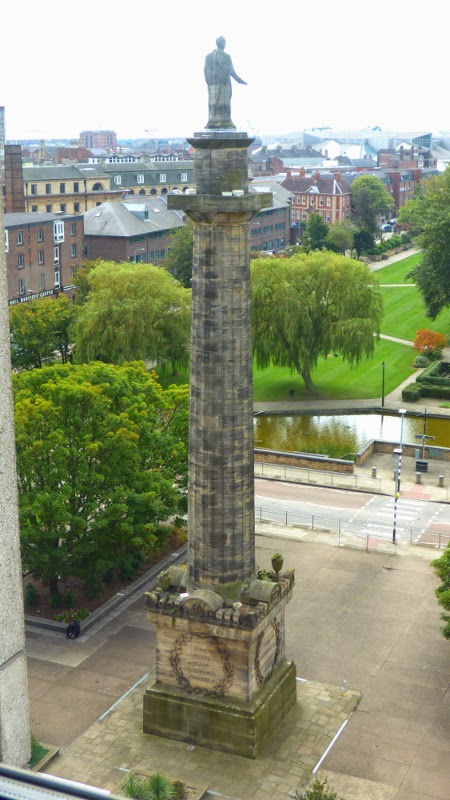 We were proud to be at the Freedom Festival in Hull this weekend since the inspiration behind the annual event is William Wilberforce himself. We would like to thank the visitors to our stall over the weekend and we felt supported and encouraged by the comments you gave us.

We have been able to direct people to air their opinions with the council regarding the issue of moving the monument, as, being independent of the council, we are not involved with that debate and have no influence on their decision making process. We are pleased that the people of Hull have been given a voice to decide on the issue of whether the monument moves or stays where it currently is.

We were asked many questions over the weekend but here is a summary of the main ones together with our responses:

A - The charity was originally started with the intention of cleaning, restoring and lighting the monument. However we soon found out that English Heritage are custodians of the monument and as it is listed, it would mean that any deep cleaning would be prohibitive due to the fact the stone is very fragile. It gathers dirt very quickly and extreme care and specialism would be needed for a clean if indeed it were permitted at all. The monument was last cleaned in 2007 but the difference was barely visible to the eye as only surface cleaning was permitted at that time. A further clean would be costly and the stone would also need to be stabilised, all of which is beyond the remit of our initial focus and would require a substantial heritage bid. Instead, we are looking to light the monument with your help.

Q - How much would it cost to light it where it is?

A - A feasibility study was completed on our behalf by NPS in June, just before the proposal for moving the monument was raised. This was given to be £50,000 to install the necessary elements to light the monument with four lighting posts to cast light on the monument. There would be a further necessary £150 -200,000 for artistic interpretation including sculpture around the lighting posts to expand upon the Wilberforce legacy, recognising slavery both in the past and present, and the pivotal part that Hull played in the abolition of the slave trade. These are initial outline costs that we would be able to confirm at a later date. It is neither practical nor a long lasting solution to have lights along the length of the monument as maintenance becomes a problem.

Q - How will you raise awareness?

A - We believe in a multi-tiered approach. Many older people know about Wilberforce and are waking up to modern day slavery. For young people to gain a similar level of knowledge, it needs to be addressed in schools at all levels and to that end, we aim to engage schools, colleges and the university to work together to introduce it in some form and build upon what others may have started. We will encourage space to be made for this issue as it is of particular importance to Hull’s history. We would like all schools in the area to commit the topic of Wilberforce and slavery to their curriculum.

Q - When will the lighting be done?

A - The city realm timetable is tight but we hope that the monument will be lit by 2017 in order for more young people to gain an awareness of Wilberforce and his legacy before Hull's year as UK City of Culture. However, the charity's aim is that the message of Wilberforce will not just be spread in 2017, but be sustained for generations to come.