Project Announcement: The Story of People of Africans Descent in Hull and East Yorkshire 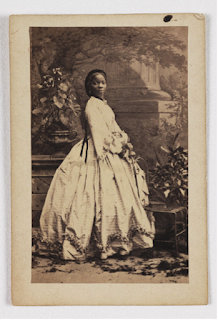 Project Aim: An exploration of the presence of people of African descent in Hull and East Yorkshire from the Wilberforce era of the 1750s, up until 2007.

The migration of black minorities to Britain is commonly associated with the ‘Windrush Generation’ that migrated from the West Indies in the period after World War II. However, this is inaccurate. The National Archives, in commenting about black presence, acknowledges that “Black and Asian presence in Britain is not a recent one. Black and Asian people have lived, worked and died in Britain for 500 years or more. They have contributed to the wealth, development and history of this country, directly and indirectly helping put the Great into Great Britain.”

The oldest skeleton of an African in Britain is said to pre-date William the Conqueror, dated between 896 and 1025 AD, and there are other examples from the 12th Century. Even as recently as November last year, Roman skeletons found in London were said to have had members of African heritage. These examples give credence to the fact that Africans have been present in Britain since before the ‘Windrush’ period and that of the Transatlantic Slave Trade, which are the points in history that most people associate with black presence. The Georgian and Edwardian period also saw significant periods of migration, a fact that further challenges the perception that minority groups are recent additions to British society. It took until 1984 for the narrative to change when Hull journalist Peter Fryer wrote about black people as individuals “woven into English society” rather than as a collective group in his book Staying Power (Kathleen Chater, Untold Histories).

There has been recent research into black presence but the gaze is often on larger cities, especially those with their own slavery connections such as Liverpool, Bristol and London. Exploring the black presence in Hull with its somewhat different relationship to the slavery story will offer an interesting alternative especially in this region which still has proportionately fewer examples of minority presence. Hull’s link to William Wilberforce perhaps makes the presence of Africans particularly relevant and deserving of some attention.

The period between 2015 and 2024 has been declared the International Decade for People of African Descent by the United Nations. This initiative aims to eliminate discrimination as it recognises that racism and racial disadvantage still impacts on people of African descent. In so doing, it aims to promote inclusion and recognise the important contributions made by such people to other societies. This project will go some way in supporting this ethos.

This project also aims to promote better social cohesion through a greater understanding of migration and insight into the commonalities of lives in all cultures in an effort to dispel the sense of ‘otherness’.  Further to this, the project intends to provide a local resource to the new GCSE History curriculum which offers Migration in Britain as an option (http://www.ocr.org.uk/Images/207164-specification-draft-gcse-history-b-j411.pdf, p.13).

Current, relevant exhibitions can be found nationally at Tate Britain, the British Library, and Black Cultural Archives, all of which makes the African story current.

This project should be seen as community-driven with the opportunity for any interested person to contribute to the outcomes. It is hoped that there will be an educational resource, narratives, photographs and oral histories cataloguing the experiences of individuals. We also envisage a display of African artefacts representing black culture from a leading collector, who is happy to be involved. This will sit beside local findings to give a more rounded exhibition of national importance that will reflect African culture.

We have established support from academics, educationalists, historians and individuals within the community. We need everyone who is interested to start looking through photographs, archives, and other sources of local knowledge, and let us know what you are finding. We need talented organisations and individuals to support us in our work.

Please get in touch with your interest or findings by email at wilberforcemonumentfund@gmail.com. This is a community project - be part of the story.