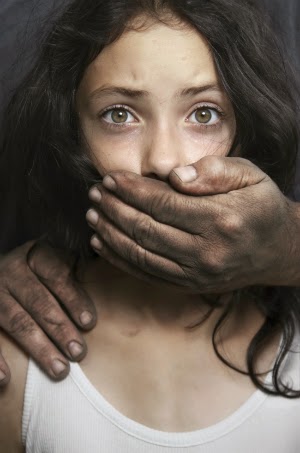 Following the abolition of the Slave Trade in 1807, the Slave Trade Acts between 1824 and 1873 made slavery a criminal offence. From then however, there was no direct adjustment to legislation until 2009 when the government felt the need to clarify that holding a person in slavery was an offence so as to give protection to those victims of forced labour. There was already clear legislation around offences such as false imprisonment, blackmail, assault and sexual offences in addition to employment legislation, including offences relating to working hours, minimum wages and health and safety at work, yet no laws explicitly about slavery.

However as human trafficking is currently the fastest growing and second largest criminal industry in the world, it is clear that something else is needed and so the current Modern Slavery bill is timely. Such victims may be men, women and children who are often exploited for sex and labour. The most common areas of trade tend to be within hospitality, food, agricultural and manufacturing industries. Yet the discovery of victims isn’t the end of the ordeal; they become victims of a different kind relating to issues around immigration, prostitution, identity theft, custody, homelessness and poverty.

In 2005 Brazil launched the National Pact for the Eradication of Slave Labor, one of the first countries to do so. Together with the International Labor Organisation (ILO), it led the way in its attempt to monitor and eradicate the use of slave labour in its supply chain for commercial products, taking action at a national and international level. Their objectives were not just merely placing sanctions on those trades exploiting slave labour but it was also about promoting better working conditions, social integration and raising awareness about those who were vulnerable to being enticed into slave labour. With the current social unrest surrounding  the impending World Cup, views on the achieved level of success is up for debate but nevertheless with this initiative, the onus was placed on companies to monitor, implement and publicise their efforts.

Governments around the world are waking up to these issues and many countries are beginning to realise the need to address corporate social responsibility through legislation. Although increasingly companies are being urged to disclose the actions they are taking to comply with efforts to directly or indirectly eliminate human trafficking, this is a slow process and one many are urging our government to take in the next Modern Slavery Bill. Lord McConnell of Glenscorrodale is to ask in the House of Lords on 12 June what action the UK Government is intending to take to combat human trafficking and modern slavery as a further sign of the increasing public interest.

In America some large companies are beginning to join the ‘Ethical Trade Initiative’ (ETI) with the purpose of establishing codes of practice to ensure that their products are not tainted by human trafficking, child labour or slavery. It is the role of responsible governments around the world to foster such a standard internationally; something which one hopes the new role of Commissioner will do following the lengthy process before the new bill is committed into law.
Posted by William Wilberforce Monument Fund at 10:54 pm