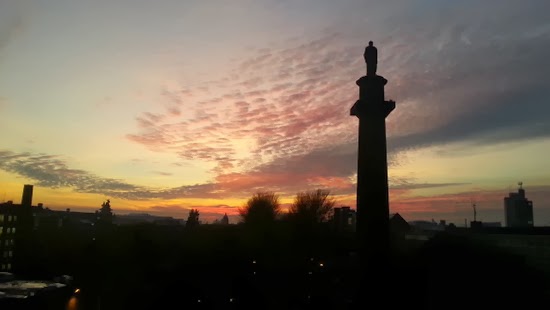 This week we've been looking at the best options available to us to become a charity and we are taking advice from the Charity Commission to make the next move towards this.

A meeting with Martin at the History Centre has brought the realisation that the original design of Queen's Gardens was intended to create a boulevard effect (like other European cities) with the monument at its head, all on one level. The fact that Queen’s Gardens was later stabilised at a lower level was not the original intention.

You may have seen that there are currently proposals to improve the gardens in time for 2017. One comment suggested to us this week was that the Gardens should be better lit for safety at night but also as a visual aspect leading up to an illuminated monument. This will be mentioned to the Council at the next possible opportunity.

Some other comments relating to the monument itself included suggestions that "it could do with being somewhere more central...it should be moved back" and "it could do with being shorter", along with more concerning questions such as "where is it?" and "who was Wilberforce?" It is particularly important that this campaign will make many more people learn who William Wilberforce was and how relevant he still is as a moral compass in today’s society.

Thank you for your continued support and Merry Christmas!

On a final note, this week saw the announcement of a draft modern slavery bill with the aim of addressing the issue of human trafficking. You can read more here.

Thanks to Emma Woodcock for the picture which shows the monument at dusk just before it disappears into the night. With your help, hopefully we can light it up again!
Posted by Unknown at 4:04 pm