This campaign was started by Gifty Burrows and has developed into a group supporting a common goal.

Gifty was born in Ghana but has been in England 40 years and has lived in the East Riding of Yorkshire for 19 years. She has a close allegiance to Hull having been married to a Hull born man for over 20 years and also currently works in the City.

A visit some years ago to the slave fort of Elmina in Ghana left a big impression which has been amplified by numerous visits to the Wilberforce Museum. The opportunity to honour this great man has evolved into this campaign to coincide with the year of Hull as the City of Culture.

Slavery has a complex history; economic and humanitarian. For many, the message Wilberforce gives is a simple one of compassion and care for humankind. His legacy shows what can be achieved with determination of character and this should be a shining example to us all.

The restoration of the Wilberforce Monument will serve as a reminder that we must be vigilant to the harm we can do to each other.

The trustees of the William Wilberforce Monument Fund are: 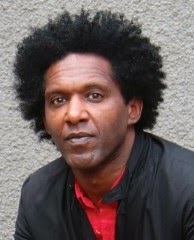 Lemn Sissay is the author and broadcaster who delivered the awe inspiring rendition of the Martin Luther King ‘I Have a Dream’ speech at the 2013 Hull Freedom Festival and is a keen supporter of our campaign.

He is an Associate Artist at London’s Southbank Centre and was the official poet of the 2012 London Olympics. He was awarded the MBE for services to literature in the 2010 New Years Honours list.

Amongst his many works is the sculpture poem Gilt of Cain written to recognise the horror of slavery and the life of Wilberforce. Gilt of Cain was unveiled by Bishop Desmond Tutu and is situated in the City of London close to where Wilberforce gained the inspiration to debate the end to the Slave Trade.

We are delighted to have Lemn as our patron. 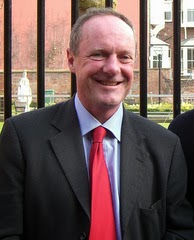 The son of a British diplomat, William has travelled extensively and spent four years at school in the Ivory Coast. Married to his wife Julie, William currently lives at Markington Hall near Harrogate and spends much of his time managing his estate. When time allows, William is a keen sportsman and gardener, and is a local parish councillor.

William was involved in the commemorations that surrounded the 200th anniversary of the abolition of the slave trade and is a patron of the Young Hull Entrepeneurs.

As a direct descendant of the great William Wilberforce we are delighted to have William as our patron. 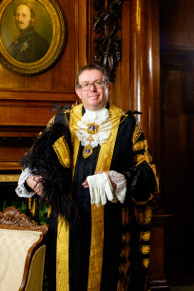 On Thursday 26th May 2016, Councillor Sean Chaytor was installed as the Right Worshipful the Lord Mayor of Kingston upon Hull and Admiral of the Humber.

During his year in office the Lord Mayor and his charity committee will be raising money for his chosen charities of Hull and East Riding Citizens Advice Bureau, Hull and East Yorkshire MIND and the Maritime History Trust.